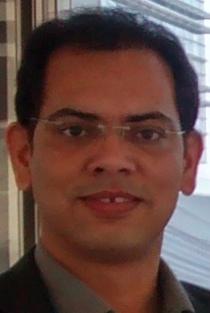 Hridesh Rajan is a full professor of computer science at Iowa State University, where he has been since 2005. Professor Rajan earned his MS and Ph.D. from the University of Virginia in 2004 and 2005 respectively. Professor Rajan’s recent research and educational activities are aimed at decreasing the barrier to entry to data-driven sciences to broaden participation. His work on the Boa project is aimed at invention and refinement of cyberinfrastructures that democratize data-driven science. His work on the Midwest Big Data Summer School is experimenting with broadly accessible data science curricula. Professor Rajan was the founding general chair of the Midwest Big Data Summer School. Professor Rajan’s research interests also include programming language design and implementation, and software engineering. He leads two research projects: Panini, whose goals are to enable modular reasoning about concurrent programs, and Boa that was established in Summer 2012 as an end-to-end infrastructure for analyzing large-scale software repositories and other open data sets. Professor Rajan is the director of the Laboratory for Software Design at Iowa State University, director of graduate admissions and recruitment for the computer science department, chair of the curriculum committee for the data science educational programs at Iowa State University, and chair of the information technology committee for the university. Professor Rajan serves on the steering committee of the Midwest Big Data Hub, a consortium of universities in the Midwest region of the United States focussed on promoting data science activities. Professor Rajan is a recipient of the National Science Foundation CAREER award in 2009, LAS Award for Early Achievement in Research in 2010, and a Big-12 Fellowship in 2012. He is a senior member of ACM, and a member of IEEE, and AAAS.